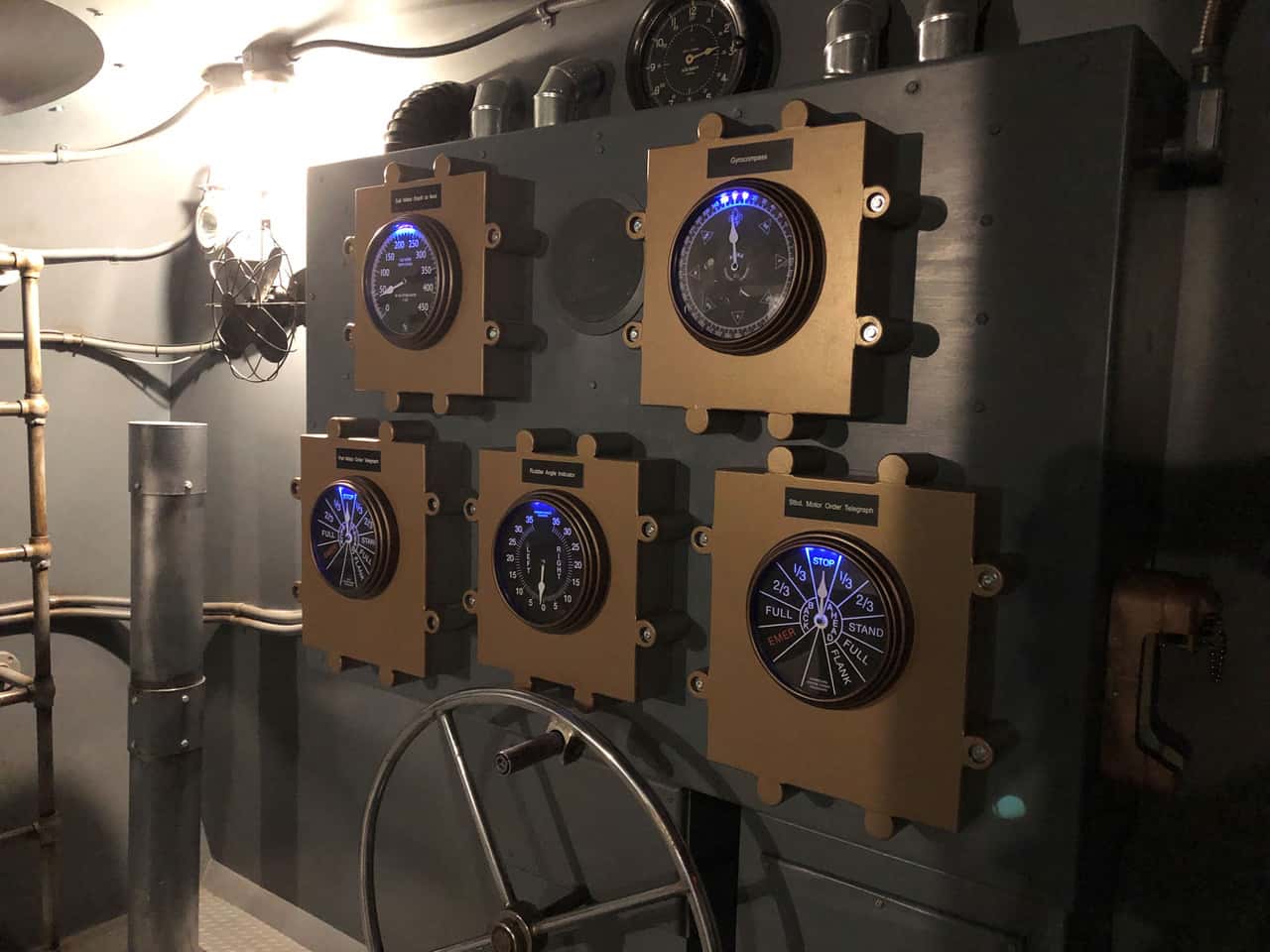 For many years, Digital Design Services has relied heavily on BrightSign’s media players not for their digital signage capabilities, but for their ability to create convincing simulations and interactive experiences at venues throughout the country.

“We have used BrightSign’s hardware for a decade. Year after year they have proven their resilience to withstand heavy daily use, with a reliability track record that simply cannot be matched. BrightSign’s dedicated operating system enables the highest level of integrity in our presentations, and their outstanding security ensures that the hundreds of BrightSign players we have in the field are protected and online at all times.”

The company’s work with BrightSign dates back to 2010, when Digital Design Services used two HD410s and an HD810 media player to power interactive exhibits at the Forest County Potawatomi Cultural Center in Wisconsin.

Around the same time, Digital Design Services installed a new visitor information system in the entrance Gathering Place of the Milwaukee County Zoo, which serves up to 710,000 guests annually, using an HD210 to display locally produced animal videos and two XD230 players for event information. In the years since these players were installed, Digital Design Services has grown the BrightSign family of products at this attraction to more than 30 players, extending the guest experience through educational touch applications and vignettes of animals within the zoo.

Digital Design Services has since progressed into more complicated applications, taking advantage of the advanced capabilities of BrightSign’s newer media players. For example, the LEGOLAND Discovery Center in Kansas City features a digital “tornado” which uses projection mapping to simulate the Wizard of Oz tornado scene with Dorothy’s LEGO house. At this and three other North American locations, projectors connected to Series 4 BrightSign LS players are mapped to the walls to provide synchronised day and night scenes, weather effects, fireworks and digital LEGO models flying and floating by.

Another creative use of BrightSign’s media players is on display at SEA LIFE Aquariums in Kansas City, MO and Grapevine, TX. Visitors use touchscreen interactivity to learn detailed information about the various sea creatures on display. Several immersive experiences throughout the aquariums feature projectors connected to BrightSign LS424 media players. Some may illuminate crabs that creep around the floor before scurrying away to disappear from view. Others feature flying seagulls, schooling fish, bubbles on the floor, splashing raindrops and more.

The company also created a very realistic ship lock simulator for the U.S. Army Corps of Engineers at the Lake Superior Maritime Visitor Center in Duluth, Minnesota. Digital Design Services took painstaking care to retrofit the original 1943 MacArthur lock operator control panel. Using five 42-inch commercial-grade LED displays attached to five BrightSign 4K media players and all of the original switches, visitors experience and control a ship moving through the Soo Locks. A second replica simulator based on the original was designed and built for use in the Soo Locks Visitor Center in Sault Ste. Marie, MI.

At the Fort Chadbourne Visitor Center and Museum in Bronte, TX, an elaborate diorama depicting life at the fort in the mid-1800’s was created using hybrid BrightSign hardware. Touch-interactive Mimo Monitors displays with BrightSign Built-in HS124 SoC gives visitors the ability to remotely trigger everyday activities such as raising and lowering the flag, playing Reveille and illuminating specific waypoints on the fort with integrated LED lighting. This interactive experience puts the visitors in control and creates a vivid depiction of everyday life at Fort Chadbourne more than 170 years ago.

In one of its most engaging simulations, Digital Design Services recreated a World War II submarine simulator at the Wisconsin Maritime Museum in Manitowoc, WI. The simulator is fully operational, using BrightSign’s LS424 media players to relay input from a torpedo control panel, control gauges with movement to simulate the submarine’s depth, speed and direction, and trigger the corresponding audio and video scenes to bring the battle experience to life.

This is just a sampling of the many ways talented AV professionals can harness the power of BrightSign’s media players to create immersive experiences at exhibits and attractions. The work by Digital Design Services is a shining example of how such a vast diversity of visitor experiences can be driven by the BrightSign ecosystem.