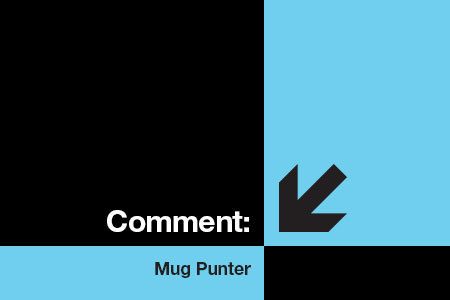 I’ve been seeing an annoying trend towards obscure advertising. Crafty sods, those advertising folks. Just when you’ve figured out all the mute buttons, the ‘skip’ options and how to block those pesky commercials, they come up with something new that makes you look and listen — and be sneakily advertised at. Bastards.

I’m talking about those weird TV advertisements that seem to have absolutely nothing to do with anything — or maybe it starts with some kind of deep, mystical theme that gets your attention and has you thinking, “What the hell is this? A new Lord of the Rings movie? A Star Wars trailer? Maybe Bear Grylls is about to finally get swallowed by… well, a bear (probably)?”

Then bammo, you get hit with another bloody car commercial. It was all about a new car. You’ve been tricked. Nobody gets eaten. Disappointing.

Mind you, you can hardly blame the advertising executives for using such filthy, underhand tactics considering the great lengths many of us will go to avoid commercials. I’m really annoyed that the most important button on our TV remote is also the smallest — the mute button. And the poor little bugger has been pressed to death and doesn’t always work. In fact, I’m thinking of inventing the Big Mute button. It’ll be like those huge knobs you see contestants using in TV game shows. Maybe the whole family can compete to see who mutes the telly first? Win a free beer or something? Not the kids, of course. They can win the privilege of going to the fridge for someone else’s beer.

The Big Mute button’s going to make me a fortune. But in the meantime…

The digital signage equivalent of a mute button must be tunnel vision. As you walk down any footpath or a shopping mall you’re surrounded by a million screens filled with moving images, animated text and wondrous visions — the graphic equal of someone shouting in your face for all your attention. It’s a marvel we can ever make it further than a few metres without stopping and looking.

The reason we keep moving is we are already developing a kind of immunity to this barrage of pictures and information. Not so long ago we’d have been gobsmacked by some of the CGI imagery being used now in digital signage to sell anything from sausages to stock market shares. Not anymore. It’s all a bit ho-hum lately. “Oh look, a talking sausage…”

Yeah, whatever with the sausage. That built-in mute button inside our visual cortex has been pressed.

Which means content designers for digital signage have to get sneaky, too; figure out ways to trick us into looking, then delivering a knock-out blow of product placement and pricing before we’re really aware what’s going on.

They can resort to the ever-reliable, standard eye-candy of naked girls and buff, shirtless blokes before switching without warning to the real commercial shots — and few people seem to mind that sort of thing, so it’s not as if the soft pornography has to be in any way appropriate to the genuine product. However, the advertising industry does have certain ethical standards it must meet (yes, I know… who’d have guessed?) and someone’s bound to complain. Don’t panic, the next option is obvious, since a certain television network also believes it’s worth a prime-time viewing slot. And it’s not even obscure.

YouTube video clips of cats. Cats doing stuff that their owners consider so incredibly funny it’s worth filming and posting on the internet for the whole world to enjoy. If you like cats, that is.

Okay, it may sound crazy, but there’s plenty of evidence to suggest that digital signage contractors should be prefacing most of their content with some sort of YouTube video of a cute cat being seriously, albeit inadvertently, mistreated by its owners. People love this kind of thing. It’s even prime-time viewing, for goodness sake. Your audience will stop in their footpath tracks, glued to the screens, perfect targets for a spot of sneaky advertising — a quick cross-fade from the fatal, furry fun to high resolution, 3D product placement.

Not convinced? If you don’t like cats I’ve got an even better idea. Hard to accept, I know, but it’s a beauty. Firstly, you have to ask yourself, among all those digital signage screens that are clamouring for your undivided attention, which display is the one always most likely to catch your eye every time?

The blank one. The dead one — or smarter yet, the screen that has that little ping-pong bouncing text that says, “No Signal Detected”. Because without doubt, in our modern world of endless connectivity and interaction, everyone notices the screen that isn’t working. The sad failure of lifeless LEDs.

Then: OMG! The ‘broken’ display can have an embedded camera with Finger Recognition software (which must be cheaper and easier than Facial Recognition, surely) and as soon as somebody points at the digital sign and says, “Look, that one’s buggered” the screen can burst into life with some mind-blowing advertising. It might even suggest that the finger-pointing fixed the problem, which adds that important audience-interaction component.

Sheer genius, I know. Forget naked people, forget cats getting crushed on sofas by overweight owners, forget even Bear Grylls getting eaten by a bear. The best way to get your audience’s attention is with a blank screen. Broken technology.