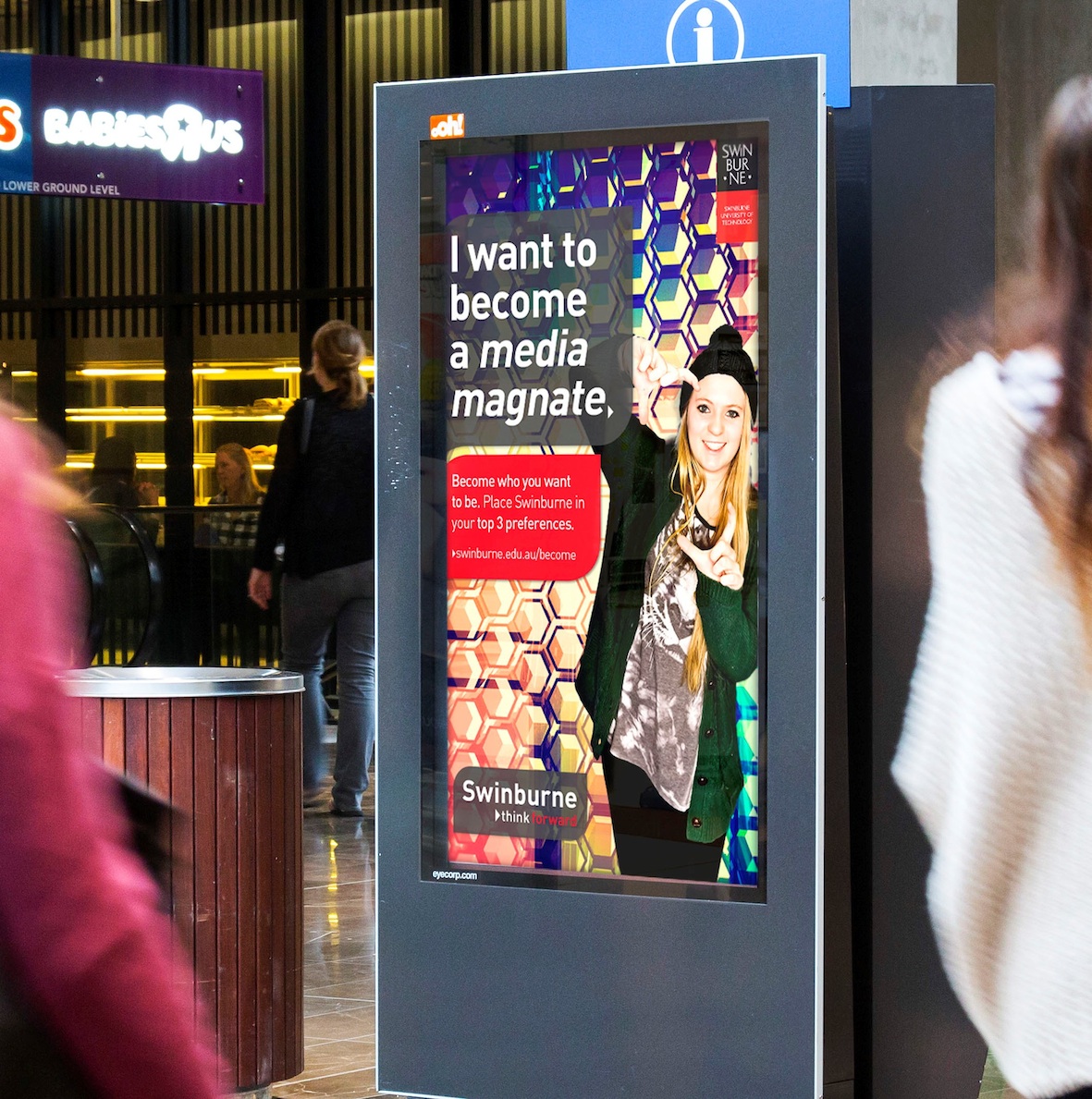 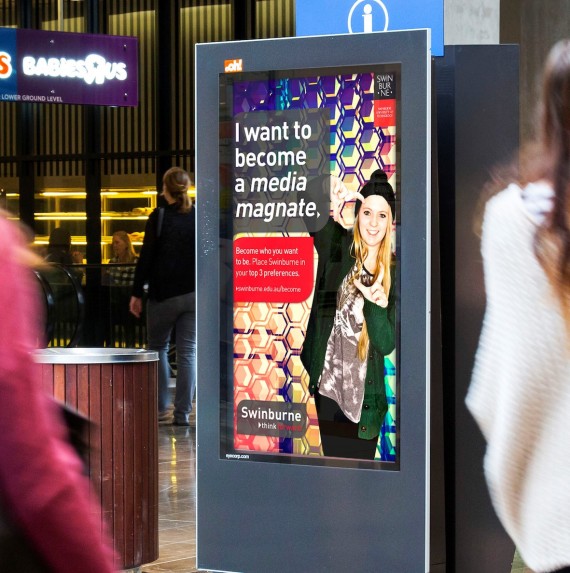 Swinburne University and agency Hello I’m Venus has joined with oOh! to develop a campaign which sees consumers themselves become the ‘star of the ad’ in a move to promote the wide range of courses Swinburne has on offer.

Swinburne’s ‘star in an ad’ campaign is a first in Australia – using digital technology to invite consumers to have their photo taken from an in-centre activation, which is digitally overlaid onto their chosen ‘career background’ and then broadcast across all portrait digital panels in Westfield Doncaster and Chadstone shopping centres.

oOh!’s Commercial Director Sales — Retail, Blair Hamilford said the campaign makes the most of digital technology, engaging with shoppers one-on-one while impacting  thousands within the retail environment. “Everyone wants their 15 minutes of fame and by offering people the chance to become a star in their own ad, we are creating a deeper connection with the target audience” Mr Hamilford said.

“This connection is then broadcast to thousands of shoppers and has the ability to be shared virally on social media, with participants wanting to show their friends.

“This campaign is a fun, eye-catching way to build awareness and familiarity of Swinburne and the courses it offers.”

The ‘star in an ad’ campaign will be seen by over half a million shoppers at each shopping centre in close proximity to the University catchment area, during the key time for university preference selection.