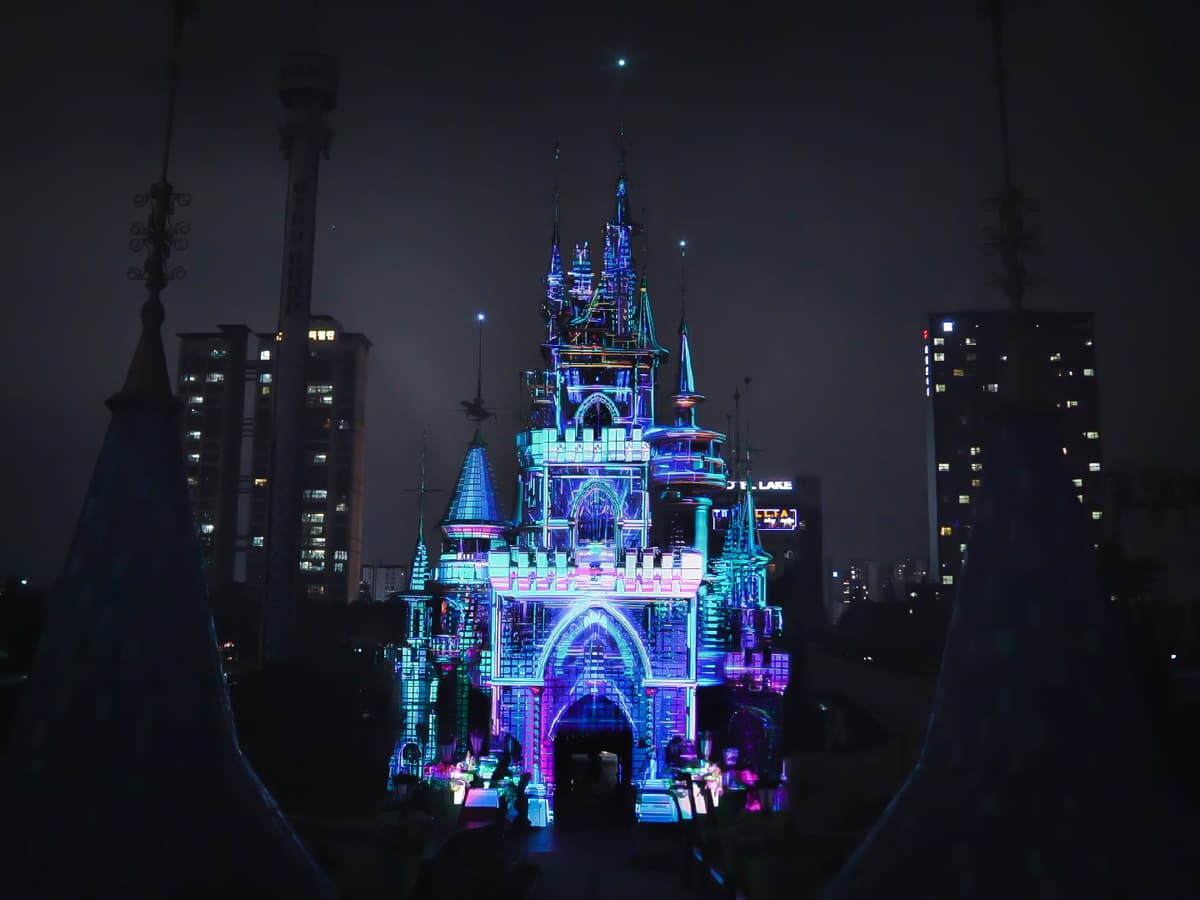 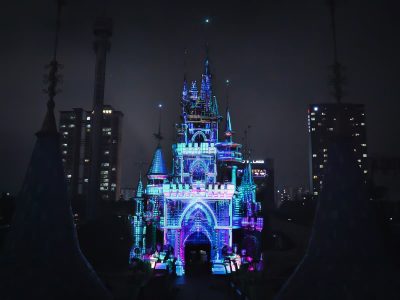 Widely acknowledged as the most famous landmark in Lotte World’s outdoor theme park known as Magic Island, the 41-meter-high Magic Castle is distinguished by its medieval-style towers with signature blue tiles and white brick exteriors. This new six-minute nighttime spectacular, which made its debut in August, is the latest initiative by the theme park operator to rejuvenate major attractions and reinforce its position as South Korea’s leading themed entertainment destination. This impactful graphic-based 3D mapping show has been designed by international digital company d’strict based on the formative characteristics of Lotte World Magic Castle’s architectural structure.

A spokesperson from Lotte World commented, “We are excited to harness the latest technologies from Christie to deliver a fascinating 3D multimedia mapping show on the façade of Magic Castle. This is a spellbinding nighttime show that lights up our iconic landmark with Lotte World’s most beloved characters. We are also proud to be the first theme park in the world to use Christie Mystique auto calibration solution for outdoor 3D projection mapping.”

S.H. Ham, General Manager, Star Networks, added, “The Magic Castle 3D multimedia mapping show is a large-scale, dynamic spectacle that requires a fully integrated solution that not only delivers excellent visuals and colour fidelity, but also a powerful content management and AV-over-IP system that offers long-term reliability. The Christie solutions installed are perfect for this venue as they have an excellent track record in terms of performance, level of integration and dependability.”

Christie’s award-winning D4K40-RGB with 4K resolution, 45,000 ISO lumens, all-in-one chassis, and omnidirectional capabilities, produces an astounding depth of detail that fulfils the requirements of Lotte World’s highly-anticipated mapping show. Since its introduction, the D4K40-RGB has become the projector of choice for major installs around the world, including Al Wasl Dome, the beating heart of Expo 2020 Dubai.

Together with the powerful and versatile Christie Pandoras Box for real-time show control, as well as Christie Terra SDVoE solution for AV distribution and processing, this complete suite of solutions enables the delivery of a breathtaking spectacle that creates an illusion of a moving Magic Castle that morphs into numerous forms. A variety of music spanning various genres completes the soundtrack, and fills the night of Magic Island with an air of enchantment.

Paul Lee, sales manager, Enterprise, Christie Korea, said, “We are delighted that the Lotte World Magic Castle 3D multimedia mapping show has been well-received since its debut. This is a clear testimony of the high performance and integration demonstrated by Christie’s laser projection, auto calibration, image processing and SDVoE solutions, which have set a new benchmark for large-scale outdoor projection mapping projects in Korea.”