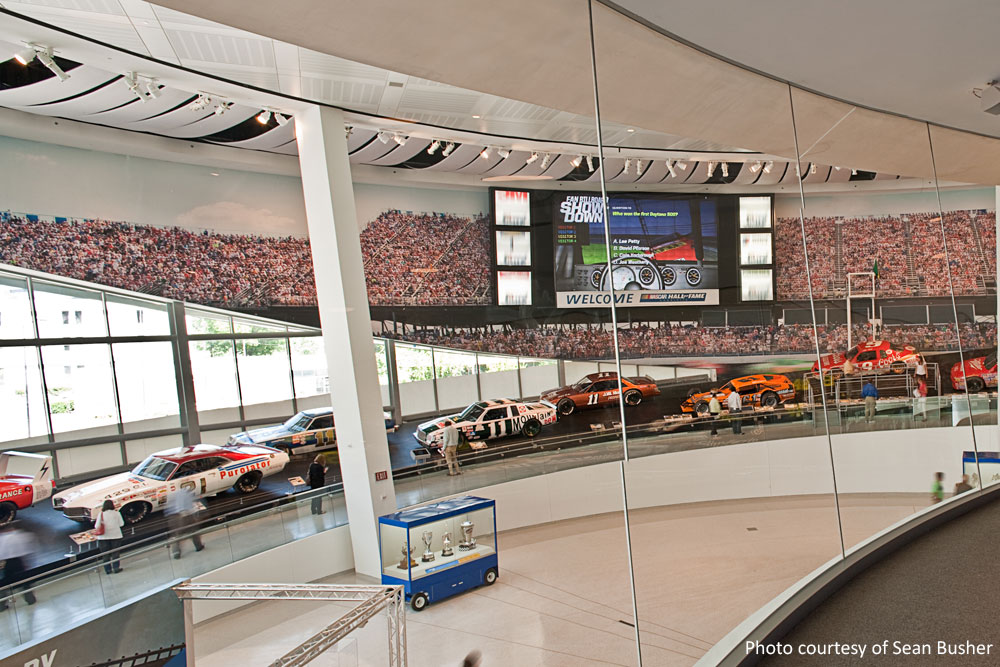 Wives, girlfriends and significant others, please take note – two blokes in a bar can come up with an interesting idea. In this case it was Christie’s Bob Rushby and Mike Perkins who were inspired by a single malt whisky to dream up Microtiles.

In recent months the Canadian projection specialist has criss-crossed the globe spreading Microtiles cheer to general adulation. Here’s a truly innovative product that will be a real asset to the digital signage market.

Dubbed as a ‘digital canvas’ Microtiles are small LED-based displays, just 408 x 306mm and 260mm deep (giving a diagonal size of 510mm) that are designed to be used in a building-block style of configuration in any shape required. While there’s no reason why large, square screens can’t be constructed, the compact unit specialises in creating vision in areas that otherwise wouldn’t lend themselves to becoming a DOOH display. Unusual locations like the sides of escalators and inside stairwells are common and the slim 1mm gap between units works well for gentle curves in either direction. Sometimes the unique placement of a Microtile installation has just as much impact as the content being shown. Applications aren’t only restricted to promotions and advertising. Microtiles can be used in command and control centres, in large-scale music or theatre productions and even for aesthetic value in architecture.

High brightness and contrast are features of Microtiles, offering a calibrated output of 800 nits per unit (yes, ‘nits’… go on, feel free to Google away) from behind a light-absorbing screen that reduces reflections from external light more efficiently than standard LCD or plasma screens. The LED light engine is rated at 65,000 hours to half brightness usage, or nearly 7.5 years of continuous operation. Christie also claims that Microtiles offer the highest colour palette of any similar device in the industry, emphasising that it’s an important aspect of any promotional content that a client’s product design or company logo colours, which probably cost them a lot of time and money, should always be accurately represented and never compromised by the display medium (think: Coke’s red or Heineken’s green).

A neat trick by the Microtile is that each one is ‘self aware’. Colour calibration is automatically adjusted to blend in with surrounding units so that no single Microtile stands out. More impressive, they ‘recognize’ each other and if you take apart a display and re-assemble it in a different order or in a different configuration the Microtiles will figure out for themselves how to adjust – that’s smarter than your average teenager. This has important ramifications for users in a mobile production where the display shape and size might change from one venue to the next. It won’t entail hours of re-programming to make the images work.

Designing your Microtile display either permanently or as a travelling unit is made easier using a software application imaginatively called Christie Microtiles Designer (okay, I need more coffee). Designer goes further than helping you put pretty pictures in the right or even spectacular order. Given the dimensions of your display ambitions the software will calculate for you how many Microtiles you need, in what configuration they have to be assembled, plus the total weight and power consumption of the completed array. It can even generate a ‘bill of materials’ that costs your proposed Microtile display down to the last tube of superglue. Christie is clever – Microtiles Designer will be available as a free download from its site and you’ll be able to import any artwork, still images and video into the software (after roughing out your Microtile display) and experiment to your heart’s content and see exactly what the final results could be, before you even have to bother any of the Christie sales folks.

Or since Microtiles are now officially in Australia you can ask Christie’s representatives VRS to earn their pay and provide a proper demonstration. Tell ‘em you’ll bring the ice and crystal tumblers.