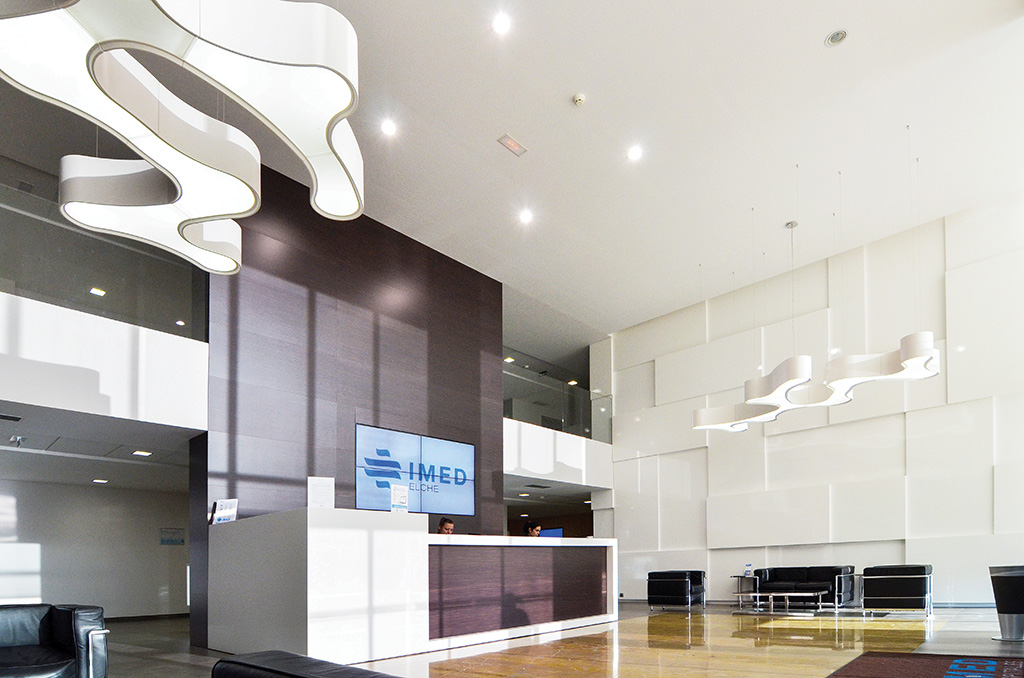 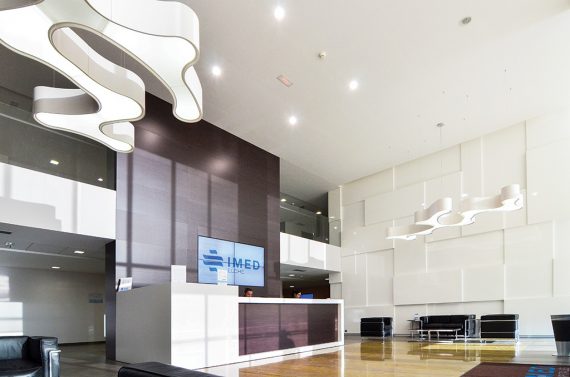 IMED Hospitals is a private healthcare group based in Spain. It currently has three hospitals and two ‘polyclinics’ with more than 1000 professionals on staff. The new IMED Valencia hospital comprises 185 rooms spread over eight inpatient units featuring cutting-edge design and equipped with the latest technological advances in medical care, entertainment and well-being.

The hospital decided to include a communication channel as part of its push to improve communication with patients — what’s going on, take your pills, wash your hands, etc. IMED Valencia’s IT department chose a SpinetiX-based signage solution proposed by Medip Health.

70 screens capable of uninterrupted operation 24 hours a day, 365 days a year, had to be supplied and installed.

It had to be possible to manage and configure players and load content remotely.

Creating and modifying content had to be quick, simple and centralised at IMED’s offices offsite in Benidorm, Spain.

The new system had to be compatible with the existing signage system at IMED Elche, with 45 screens installed, 12 of which form three video walls.

An optimal architecture would have to be designed to automatically update player content, taking the existing network resources into consideration.

Furthermore, there was also a need to be able to expand the project by integrating functionalities into facilities at IMED Torrevieja, with a total of six screens.

IMED chose the SpinetiX HMP300 player to work alongside the HMP100 players already installed at IMED Elche. For content editing, SpinetiX offers a desktop software solution called Elementi, which is distributed via licenses. In this case, the Elementi X license was chosen because, among other things, it enables users to manage an unlimited number of players, or load content to network drives.

Installation of the new players at the Valencia hospital was completed quickly as the players only need to be connected to the power supply and the data network. Once installed, the management of players becomes completely remote.

The result is a signage network well aligned to the boutique offering of IMED – immaculate, professional, and just a bit stylish.

Editing content is intuitive, quick and easy. Content templates have also been created that integrate with the tools currently used by the company and feed into the company’s other communication channels, such as its web page or RSS feed. In this way, by changing the information in one single place, it is also automatically updated on the digital signs, allowing a constant flow of updates to info directed at patients.

IMED is in the process of adding screens across all its facilities. The way the system is configured, using the SpinetiX players, the rollout has been painless, without an increase in central infrastructure or operating costs.