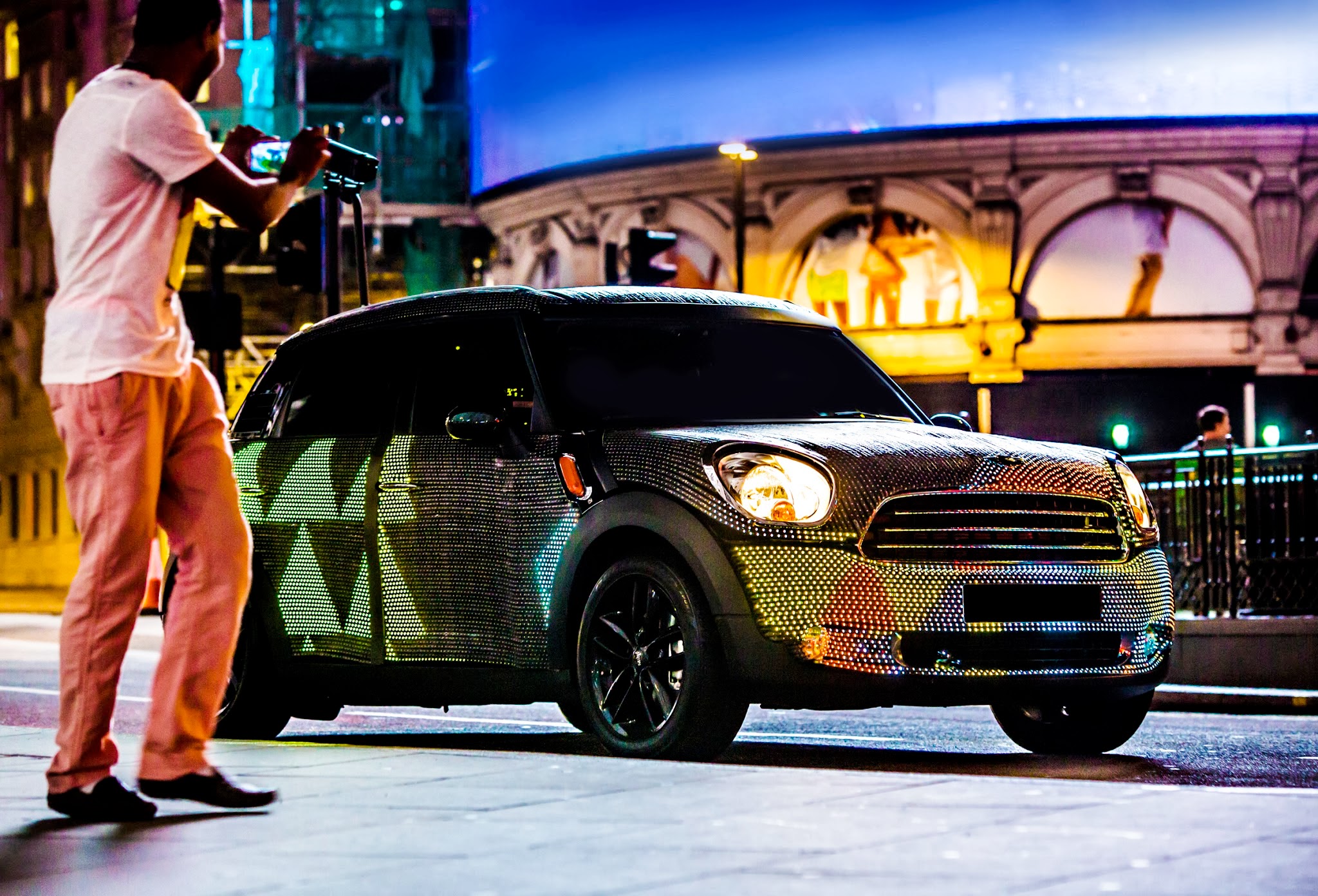 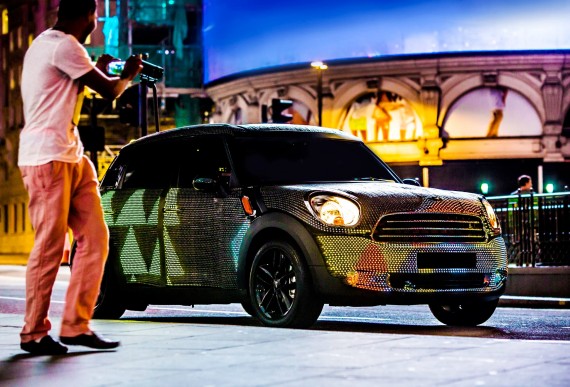 The Mini brand has been cultivated to embody everything that hip and urban. Mini drivers are self-consciously cool, contemporary and plugged in. So how about this for a marketing stunt: build a special Mini that’s a mobile piece of visual art.

Not only that, you bring the consumer in on this. Build a website that allows people to submit their own Mini look and messages streamed to the car while it does laps of London’s West End. But, hang on, like the tree falling in the forest without anyone to witness it, the rolling visual art itself needs capturing, so people can view their artistic creations. Solution: rig a companion Mini with camera equipment to record the moment your pithy message glides past the statue of Eros.

You can imagine the high fives and clinking of shot glasses as the creative team thought this through. Pure genius.

If you’re still cocking your head somewhat with a ‘huh?’ look on your face then, of course, read on, but I’d recommend YouTube-ing ‘Mini Art Beat’ before you continue – this project really is quite extraordinary and needs to be seen to be believed. Meanwhile, for those who have already seen footage of the project around the traps, then enjoy our detailed/exclusive back-end snapshot of this complex execution.

In practice, the process started with a website, Facebook page, and smartphone app that allowed users to upload a photo or video, select a graphic design, change colours, choose a soundtrack, and enter up to 140 characters of text to be displayed on the car. Once approved, the submission was transmitted to the car via multiple 4G modems.

Lighting equipment specialist, Avolites, supplied its new AI media server, which combined the graphic designs with the user’s colour preferences, keying the text, and incorporating the video files which were transmitted live to the car (rather than as files for upload). Some sophisticated pixel mapping then presented the output onto the car. The car was then recorded 24 hours a day (via another fully-rigged Mini, of course) and streamed live to the internet. It’s a perfect promotional feedback loop.

Kitting the car out was a technical challenge.

MORE THAN A MOBILE CHRISTMAS TREE

If you’re averse to technology, then look away now, because this project epitomises just how complicated a ‘great idea over a beer’ can turn out to be.

The Mini Countryman was completely gutted and rebuilt by Tait Technologies. A generator was installed to provide power while driving, as well as additional air conditioning to keep the electronics cool. The car was covered with custom-made LED strips backed in velcro, which attached directly to the car. Each strip could be replaced relatively easily if a fault occurred. The crew counted around 48,000 pixels on the car, which weighed in at a hefty two tonne.

There were two ‘modes’: driving and static. Special permission was granted by Westminster Council, London Police, and Transport for London to allow the car to drive while active. The only condition was that no lights could be active on the rear of the car while driving. The car was driven eight hours a day (between 7pm and 3am), while for the other 16 hours a day it stood in conspicuous London locations such as Tower Bridge and Pall Mall. When static, the car was plugged into mains power and a satellite system to provide for greater data connectivity and a third broadcast camera was added to provide an additional angle.

The project was conceived and managed by Berlin-based agency, KKLD*, which not only came up with the concept, but designed and managed the complex IT aspects of the project.

Damn Good Productions (with offices in Sydney and London) was engaged by KKLD* to design and operate the camera, switching, and streaming systems, and to provide local support to the event including crew and logistics.

Damn Good provided a full HD, fully-mobile broadcast quality turnkey system. The LED car has a camera attached to the roof with a wide-angle lens — this was then transmitted in full HD to a second Mini, set up as a portable control room. The ‘camera’ car had a second camera on its roof. Both cameras were then fed into a device called a Tricaster, where the signals were mixed and a soundtrack added. The HD output was then fed to a device that bonds multiple 3G and 4G modems to output a stream in excess of 5Mbs, and the signal then transmitted to both Ustream (which streamed the event 24 hours a day for two weeks), and also to a custom system which could determine the time of each clip, cut it from the stream, add a top and tail with the user’s name on it, and then deliver it to YouTube — sending the punter an auto notification in the process (a nifty, automated process, I’m sure you’d agree).

Clearly this was a deceptively complex art project that brought together everything we love: brand recognition, media buzz, social media feedback, and lasting international PR repercussions (we’re talking about it months later, after all!).

And no, Mini has no plans to release the one-off Countryman as a production model!

The Mini may well be quintessentially British, but the Mini Art Beat project had a distinctly Australian influence with Sydney-based Damn Good Productions driving the technical solutions. Damn Good’s Ben Alcott reflects on Mini Art Beat: “Mini Art Beat was a great opportunity for an Australian company to collaborate with global partners on a world-first project. All of the early morning and late night video conferences; the long hours of testing in UK and Europe; and the various challenges of getting the whole thing to work together seamlessly were worth it when you saw the people react as the car drove by. The Damn Good team were grateful for the opportunity of showing what an Australian company is capable of. It certainly was an unusual experience to drive around London in a moving LED screen weighing two tons with its own generator and air conditioner — I’m used to people pointing at me when I drive, but it’s unusual for them to have a smile on their face when they do! The whole project was a great example of how teams from all over the world can come together to create a fantastic result.”