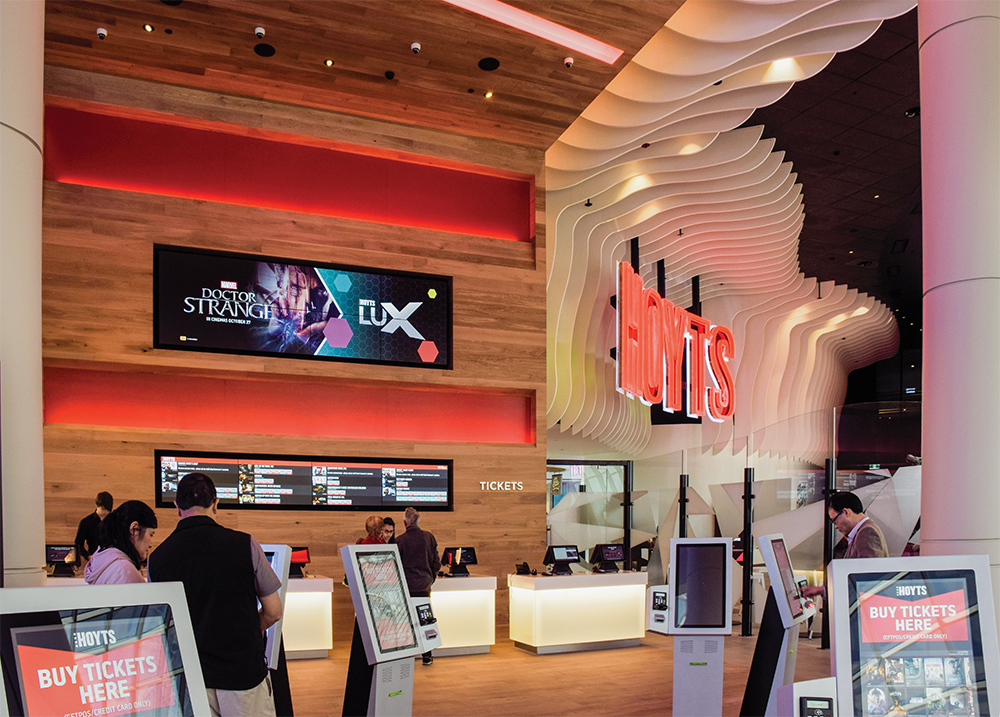 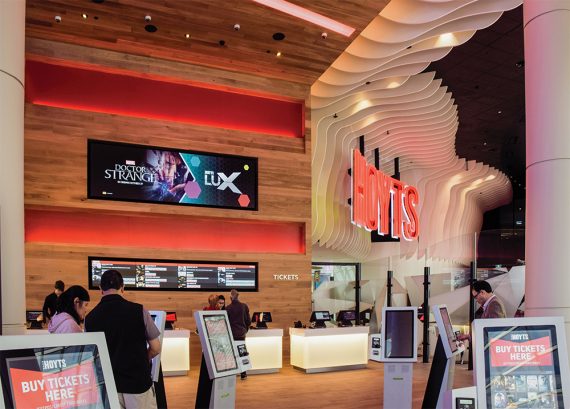 Hoyts Chadstone stakes a claim for being one of the best, most digitally-integrated movie multiplexes in the world.

Hoyts’ mission is to be the best cinema chain in the country. But in its efforts to get ahead of the local pack it may have launched the best cinema multiplex in the world.

Hoyts Chadstone represents the very best in cinema comfort and technology. Every seat is leather upholstered and reclines. Every cinema uses the latest Christie laser projectors. The complex has its very own food court along with the ubiquitous candy bar. There’s a glamour and a heightened sense of anticipation about the Hoyts Chadstone environment, something attained without reverting to ‘golden age of Hollywood’ tropes. Hoyts Chadstone is decidedly contemporary.

A major part of the success of the Hoyts Chadstone fitout is the integrated approach to the digital signage. There’s nothing ‘bolted on’ about the digital signage; from the architect’s initial drafts the cinema’s delivery of digital was pivotal.

David Hepburn the Digital Signage Manager of Hoyts took DigitalSignage on a tour of the smorgasbord of signage touchpoints throughout the centre. David has once again teamed with Command Digital to provide the specialist integration and installation smarts for the extensive digital signage network. 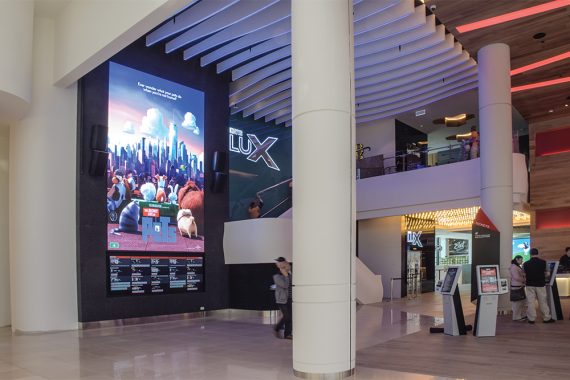 Welcome Wall: A monster 5m x 3m in portrait 2.97mm LED screen, the first such an installation for Hoyts. Apart from being used for animated film posters, the Welcome Wall can be used to promote future events (like Hoyts’ Girls Night Out, for example) or taken over during special events and ‘exhibition’ nights where corporates can hire part or all of the cinema. The Welcome Wall has its own loudspeaker system for presentations. The CMS is wise to not showing MA-rated content during the day, and goes heavier on the family content prior to 7pm. The LED panel can be serviced from the front, which certainly makes for a more stress-free maintenance approach. 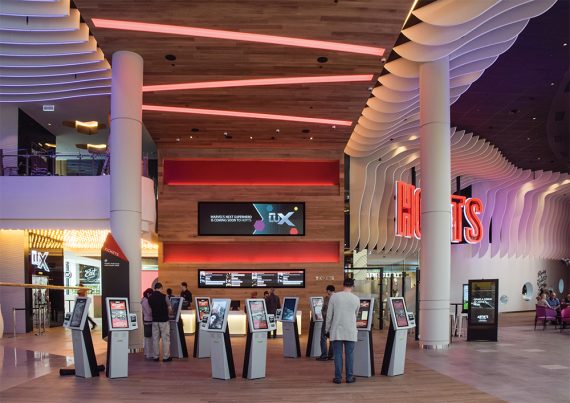 Box Office: A versatile 4×2 video wall can be used to play single super-widescreen promos or be tiled for multiview content. The in-house Hoyts/Val Morgan scheduler is called Media Unleashed. The CMS uses its database of movie times and upcoming scheduling to ensure the right posters are displayed at appropriate times. David Hepburn and his team uses Media Unleashed to schedule all the other content, including Eat Street’s digital menuboards.

Underneath the 4×2 stretch video wall is another 4×1 video wall that’s strictly business – displaying session times for customers purchasing tickets from the box office. 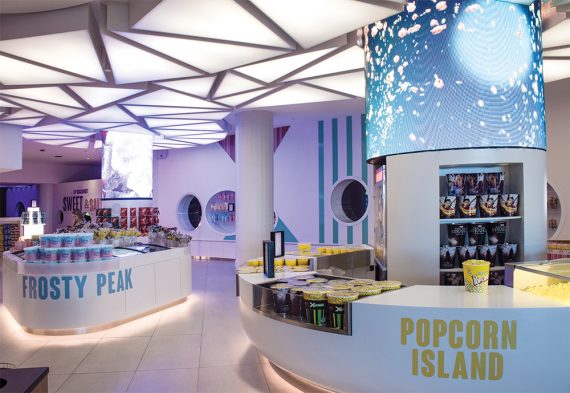 Candy Bar: What started as an architect’s ‘what if?’ brainwave resulted in three startling pillar-hugging LED cylinders. Command Digital turned the fantasy into reality and the results are stunning. Original, relevant content fills the LED displays and even includes the judicious smattering of audio — the rhythm of popping corn for example. For marquee events such as a Star Wars premier the Candy Bar signage can also be used to theme the cinema, as well as promote the special merchandising. The Candy Bar is huge and fun, and the digital signage is entirely appropriate.