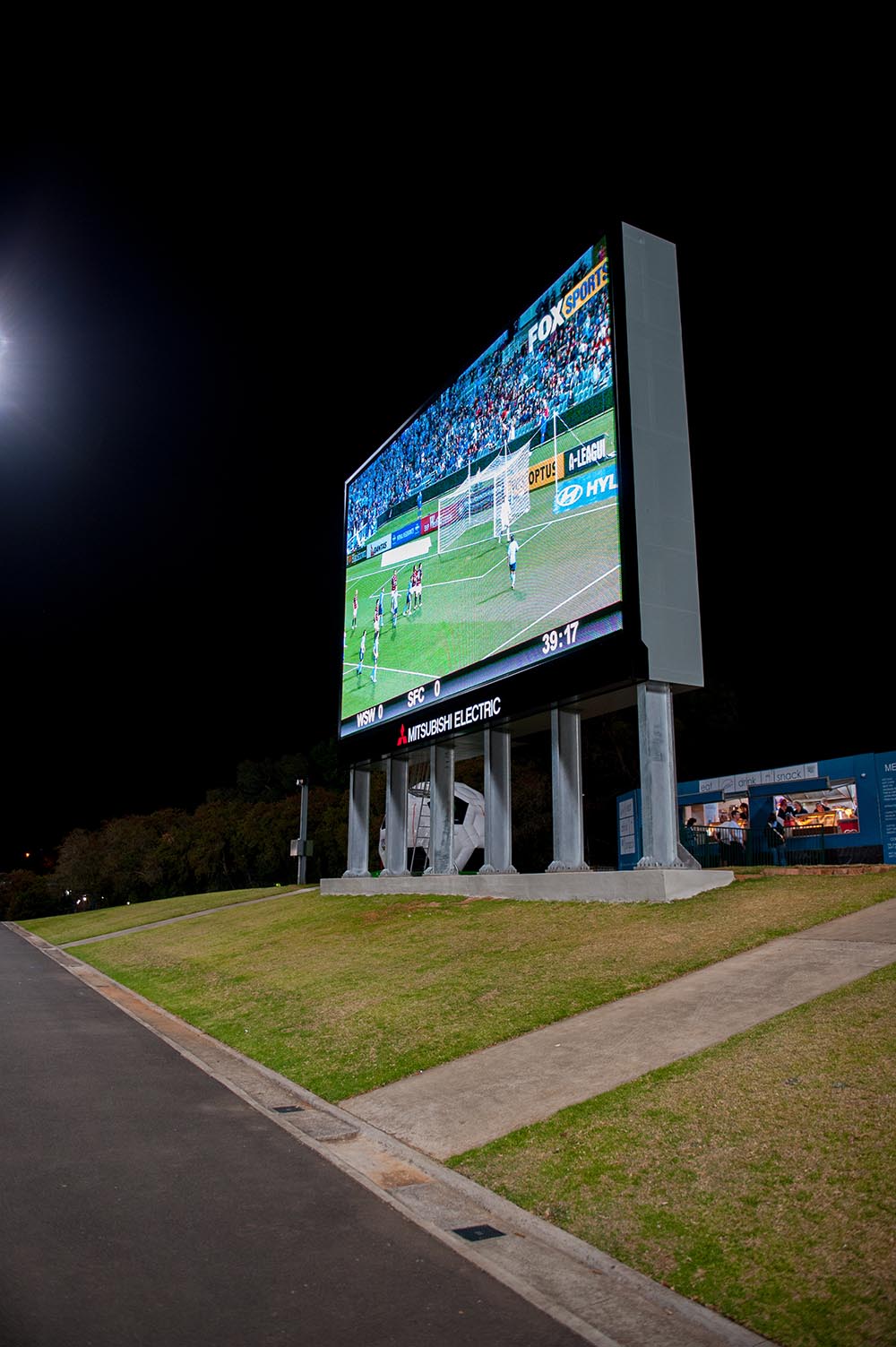 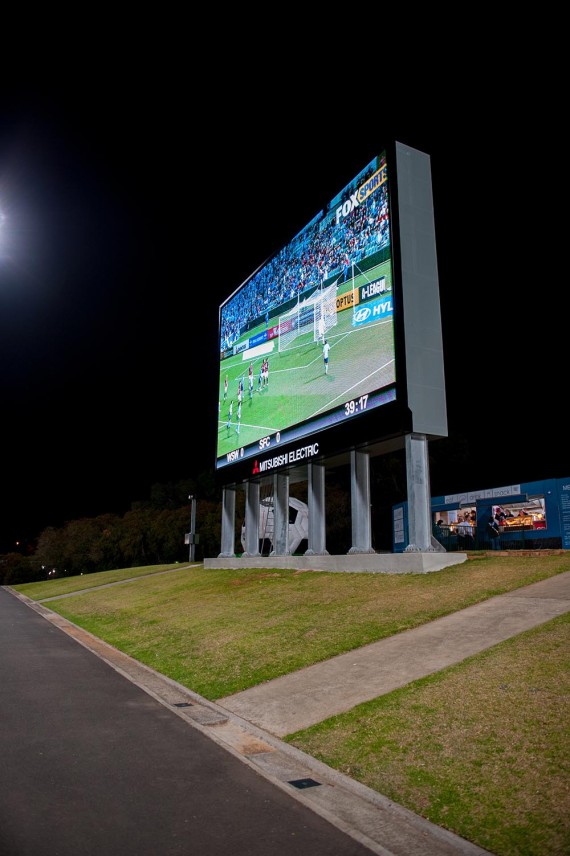 Parramatta’s new big hi-def screen is the envy of the West.

What a year it’s been for the Western Sydney Wanderers. The A-League’s newest team made the grand final in its first season and has attracted a large and loyal following of already-rusted-on supporters.
A new team needs a home. And that home is Parramatta Stadium.

Parramatta Stadium is, of course, also home to the Eels and being the most populous hub of the West seems like a natural fit. But the Wanderers could just have easily wandered off to other pastures, such as Skoda Stadium in Olympic Park.

The point being, there’s plenty of competition in this sector, and a good long term tenant like the Wanderers doesn’t come along every year. Part of the infrastructure that’s now expected in any professional stadium is a big screen, and Parramatta Stadium can now boast one of Australia’s finest.

“Previously, we hired in a screen for events,” noted Parramatta Stadium Director, Luke Coleman. “But to maintain market position for events, we started looking for an opportunity to install a permanent screen.”
From there came a scoping document in preparation for a tender document… but the funding tap was never turned on. Not to be thwarted, Luke Coleman persisted and struck a deal with one of the leading players in the scoping process, Mitsubishi.

It’s a cracking piece of display hardware but only really half of the equation. Behind the scenes, plenty of work is required to design the hardware and software to display gameday content, or indeed advertising, scoreboard-style content… the list goes on.

Mitsubishi Electric engaged TechMedia to provide the new SportLive Digital Production platform for the control room. SportLive is something TechMedia has designed from the ground up to address the unique demands of a multi-purpose sports venue, and is itself based on Scala, one of the world’s foremost digital signage content management systems. TechMedia has designed the clock and scoreboard template within SportLive, which provides the clock for the stadium’s timekeepers. And although, up to this point, SportLive has only needed to show a glimpse of what it’s capable of (largely being used to schedule live broadcast feeds and/or the scoreboard) it’s powerful and flexible enough to incorporate all manner of twitter-style crowd interaction, assign square meterage for permanent or scheduled naming rights sponsorship advertising, etc — in other words, it’s ready for anything the hirer of the venue wants to throw at it.

From a back-end hardware perspective, the Newtek Tricaster acts as the audiovisual hub, allowing the screen to be addressed by multiple live HD cameras and digital sources. A central switching desk means the screen is capable of delivering high impact visual effects to rival those offered by class-leading free-to-air and Pay TV Sports Broadcast trucks. With the ability to co-ordinate multiple screen layouts with unlimited live data feeds and digital media playback, productions can be taken to new heights for fans, sports bodies and corporate customers alike.

“There’s a level of technical infrastructure naturally expected by national code hirer of a professional stadium like ours — certain facilities are expected. We need to provide those,” said Luke Coleman. “The fact that we now have a package that exceeds expectations is a real bonus. The Mitsubishi screen really brings us right into this century.”