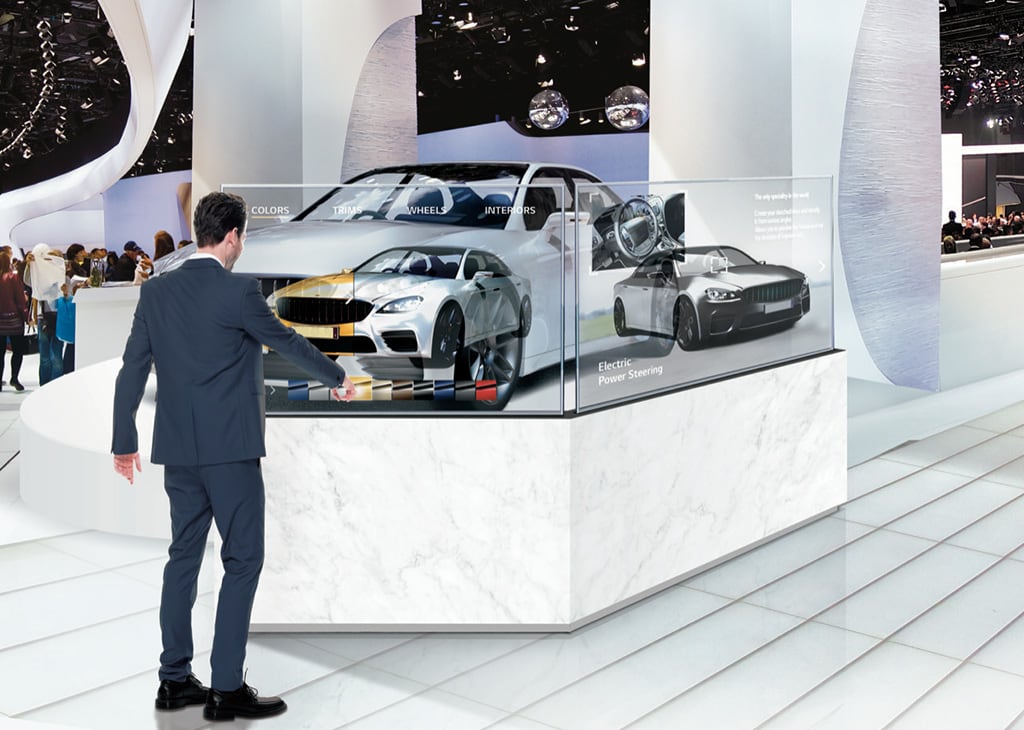 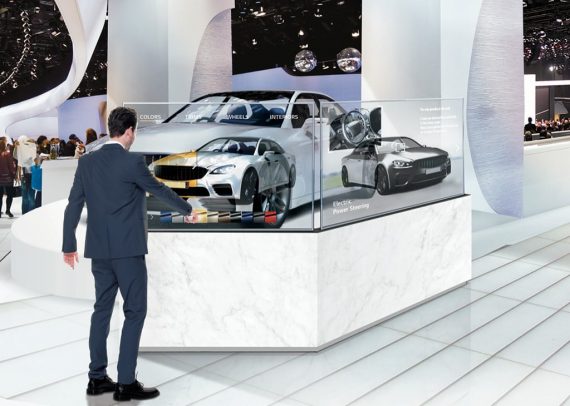 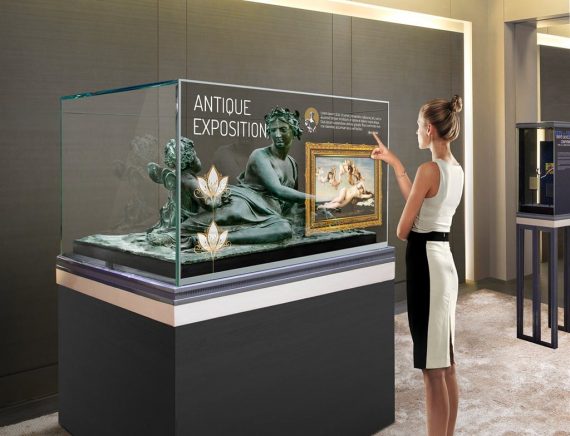 “This new model is like no other transparent touch display,” said Clark Brown, vice president of digital signage, LG Business Solutions USA. “The OLED technology, with no backlight, allows for an ultra-slim design, while the P-Cap touch interface supports new, innovative digital signage applications in retail, hospitality, entertainment and other markets. It’s as close as you can get to interacting with bright, colourful content in mid-air.”
By the nature of OLED’s self-lighting pixels, the new display generates rich colours and high contrast even when transparent. Content can be seen at wide viewing angles to blend naturally into the display’s surroundings. And the P-Cap touch film offers fast, accurate response to user interaction for a more intuitive, engaging solution. It supports up to 10 touch points at a time. 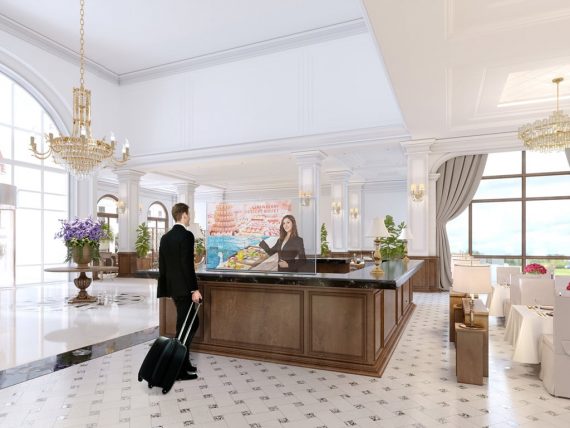 The LG Transparent OLED Touch display itself is built with tempered, anti-reflective, shatter-resistant front glass to protect it for commercial use. It comes semi-assembled so that companies can install it in different structures and spaces depending on the physical environment and desired effect, and it supports landscape and portrait orientation.
The 55-inch LG EW5TF is capable of up to 400 nits of brightness, depending on application, and a 150,000:1 contrast ratio. At its thinnest point, the display is only 7mm thin. Extensive connectivity options come as part of the display’s digital signage box, including HDMI in, DP in/out, RS-232C in/out, audio out, USB 2.0 in, touch USB in/out and LAN and IR. The new LG Transparent OLED Touch display is Crestron Connected certified for virtually seamless integration and automated control.