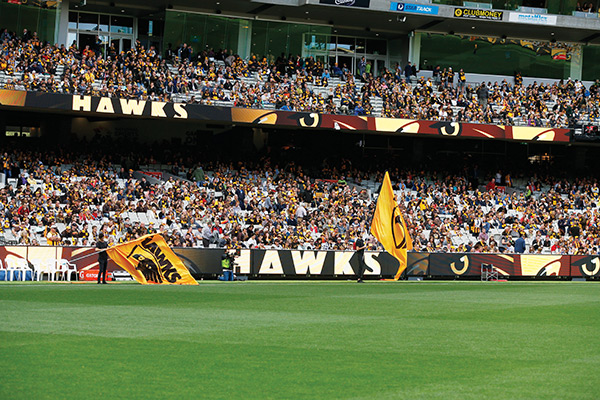 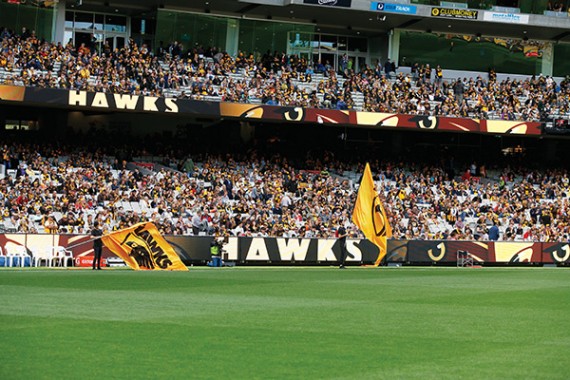 The MCG and Etihad fitted out dual-level digital boundary signage in preparation for the 2015 AFL season. More than 2km of digital signage spans both grounds, with each system comprising 22 million-plus individual LEDs. This was a digital face-lift of epic proportions.

The Videro panels were custom built to fit on a tight turnaround. The technology was seamlessly integrated across two levels, with customised software allowing for optimal content display. Content can be programmed to the screens remotely, reducing the number of onsite personnel required. This is all handled through a custom built, intuitive user interface that can be operated in real time, allowing advertisers and clubs to engage on a deeper level with fans.

The screens have proven to be reliable, yet Ci has installed backup generators and servers onsite to ensure that if any serious issues occur, the screens can back up and running within seconds. Reliable and durable: the screens need to withstand exposure to the elements and heavy impact. Along with the application of rubber coatings and guards to lessen the impact on players, each panel has been vigorously tested by integration firm Ci to ensure that each screen could withstand the ‘hip and shoulder’ Test. “We actually had a bit of fun during the installation of the screens, with some of the technicians putting their hand up to run at and hip and shoulder the screens,” explains Chris Gauci, CEO of Ci.

But despite the heavy hits, by far the biggest impact of the screens is on the fans. “Each of the home teams over the 45 games will have full control in the lead-up to the game to make it for the fans,” asserts MCC CEO Stephen Gough, with the main goal of the screens being to create a better experience for the fans using insights and data such as goal celebrations, live game statistics, momentum shift alerts, real-time data feeds and social media integration.

It’s most noticeable from a seat at the stadiums rather than a seat on the couch. A wide 140-degree horizontal viewing angle allows fans to see the displays from pretty much anywhere and the Videro LED is visible in sunlight. “We expected some pretty cool content, but how easily they’ve adopted the technology and are putting it to use has really blown us away. My personal favourite is the Essendon bombers flying around the stadium during a home goal,” says Chris Gauci, an Essendon tragic.

Across AFL, cricket, soccer, and other major events at the MCG and Etihad, LED stadium signage allows teams and sponsors to really focus their message to the moment. It presents a key opportunity for brands to engage with fans, and the content is limited only by the collective imagination of sponsors, leagues, and fans.