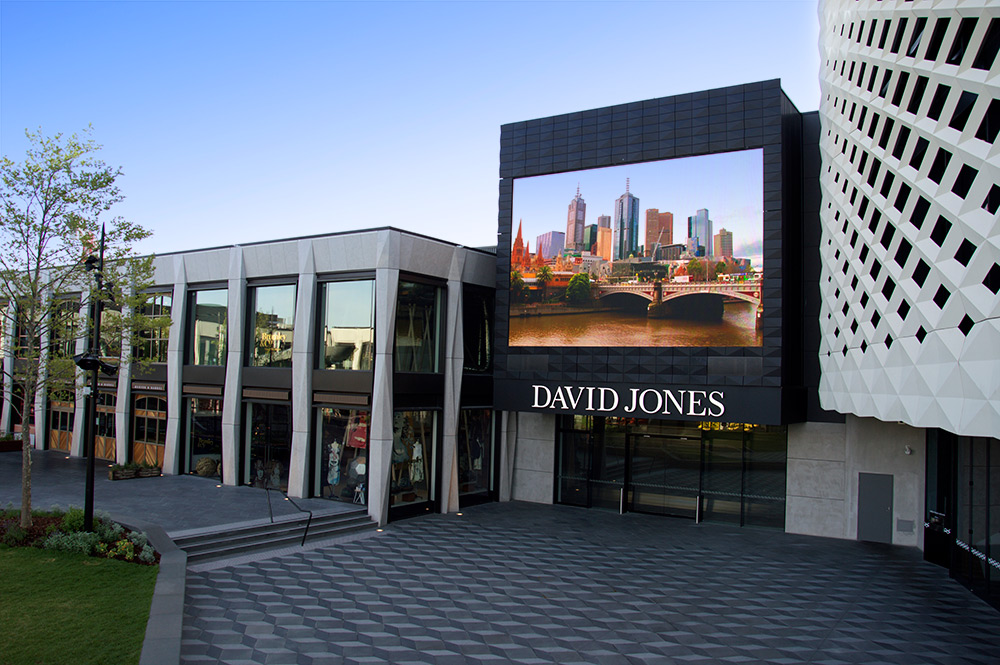 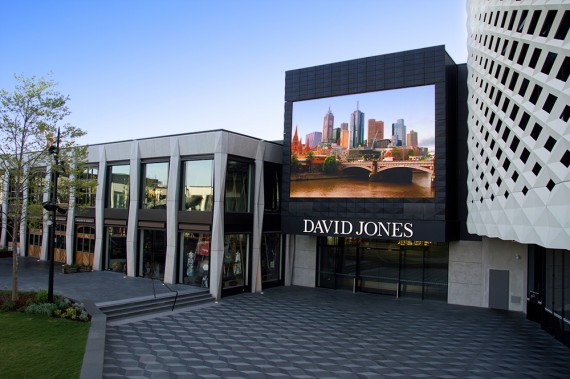 Chris is Technical Director of Corporate Initiatives, a national audiovisual integration firm headquartered in Melbourne that specialises in delivering world class innovative projects. He is frequently widely regarded in the industry as an authority on LED.

It’s a question I get asked more often than just about any other: when does LED make sense?

In other words, how big does the screen have to be before it’s the ‘best’ option?

It’s a great question, and not one with a simple answer.

LED is at its most visible in big outdoor dynamic advertising displays. Get under the flightpath of a capital city’s airport and you’ll find these big LED billboards in numbers. Alternatively, you’ll find LED in any stadium worth its salt, both as the ‘big screen’ and often as dynamic advertising hoarding on the perimeter of the ground.

Increasingly, LED is making its way indoors. LED panels are being installed by landlords of the larger shopping malls around the country, allowing tenants to advertise and for the owners of the shopping centre to harness their eyeball-pulling power for special events and in-house messaging.

LED has some compellingly attractive attributes: The image can be large; seamless; bright enough to be visible in daylight; scaleable; comparatively lightweight; and can often be curved to work around pillars etc. What’s more, the price has dropped considerably over the last five years to the point where many more people are considering LED where a multi-panel video wall or projector would normally be the only viable option.

Still, LED remains somewhat of a specialist solution; it’s certainly not the answer to every application and there are a few considerations you need to bear in mind when exploring it as a solution.

Up to a point, projection and LCD will be your best friend. Customary 46- and 55-inch LCD might be the most common panel sizes but the cost of larger displays (let’s say up to around 90-inch) are coming down and are no longer considered the ‘add a zero to the 40-inch’ outliers. So, up to around 90 inches and LCD will give you outstanding results for the right price. Your next decision will be whether the LCD will be required to run 16 hours a day or 24/7, and this will determine the cost of the commercial-grade panel you need. I doubt if it needs saying, but a domestic TV won’t cut it for digital signage – a JB Hi-Fi telly will flame out quickly when put under the pressure of daily long-term use let alone being positioned in the glare of shopfront sun. The protective glass layer applied to the surface of the LCD often has a high degree of reflectivity and can create a mirror effects which renders the content very hard to read in certain lighting conditions.

If your signage responds to touch – such as a wayfinding  screen – then, again, your best option will be LCD.

Above 100 inches and it’s worth considering projection. A commercial-grade projector can easily match the brightness of LCD and render that image without video wall seams. What more, modern projectors will often have sophisticated warping capabilities to project onto curved walls and, with ‘pixel mapping’, will block out areas you don’t want to project onto. Which also makes projection — albeit in the lofty/pricey end of projection — the only viable option for large-scale ‘painting’ of landmarks (think: White Night or the regular lighting up of the Sydney Opera House). 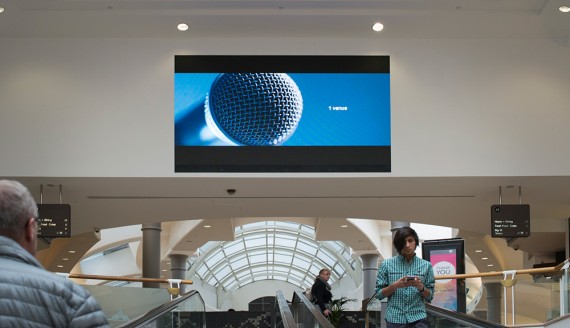 We’re now accustomed to seeing multi-panel video walls being used for larger applications. It’s a relatively thrifty means of attaining a large image: ~55-inch panels are cheap and, with their ubiquitous computer (Ethernet) port on the back, they can be relatively easy to array with the right processor. This habit has left manufacturers scrambling to build commercial LCD with narrower and narrower bezels – 10mm, 5mm, 3mm… LG is now leading the way with a wafer-thin 1.7mm image-to-image join. Double the width of the bezel (remembering you’re butting two screens up against each other) and you have the width of the seam between displays in your video wall. Manufacturers will soon have nowhere to go — constrained by the width of glass around the panel — and there will always be some kind of space between adjoining displays.

Start building a video wall and you need to think about steelwork and shrouds to accommodate the screens (some vendors specialise in this kind of thing) and specialist processing. Still, for 2×2 or 3×3 video walls they can look great and be the best option, provided you don’t need to stray beyond the customary screen ratios provided by combining these 16:9 panels.

Get any larger than a 3×3 video wall and you begin to enter LED territory. And if that’s the case it’s as simple as buying the screen with the finest pixel pitch you can afford… right? Not exactly…

Pixel pitch (the distance between LED ‘pixels’ in the panel) is obviously one consideration. The finer the pitch the more the screen’s image can appear smooth and television like. Pixel pitch has been coming down very quickly over the last three years, and given LED screens are being viewed at ever closer distances (ie. they’re no longer routinely 50m+ away telling you the football score), the benefits of a finer pixel pitch are evident to all. But to make a purchase based purely on pixel pitch is akin to buying a camera purely on the basis of its resolution (we all know a 10MP camera phone will be inferior to a 10MP ‘name’ camera with proper optics and, indeed, not all 10MP sensors are built the same). There’s a little more to think about:

Not all component LEDs are the same quality. It’s true to assert that the vast majority of all the world’s display LEDs come out of the same three factories, but that’s not to say there’s only three types of LED quality. There’s many, many more, and quality assurance is a big deal in the world of LED panels. How good the LED is will determine qualities such as brightness, colour (and how consistent the LED batch is in colour and brightness), how long they last, how resistant they are to heat and moisture, and more.

So you’d be right in thinking about buying a quality LED brand, one that has runs on the board and not a no-namer with an Alibaba account.

If you’re installing your screen outdoors, then there’s no need to play the pixel pitch game. Normally the viewing distance will be greater (and, yes, there are exceptions, such as bus shelters) and a standard pixel pitch will be perfectly acceptable, especially if the screen is receiving 1080-pixel ‘HD’ content (ie. there’s little point having more pixels on the screen than there are pixels in the content).

Sometimes pixel pitch isn’t as important as brightness, especially outdoors. Brightness in a screen is measured in nits. Most indoor LCD will come in under 400 nits, which will look more than sharp and clear enough in a dimly lit room. Outdoors, you’re looking for your LED screen to provide more than 3000 nits to provide the desired impact in daylight. Brightness control at night, however, is a must for viewer comfort and power consumption. 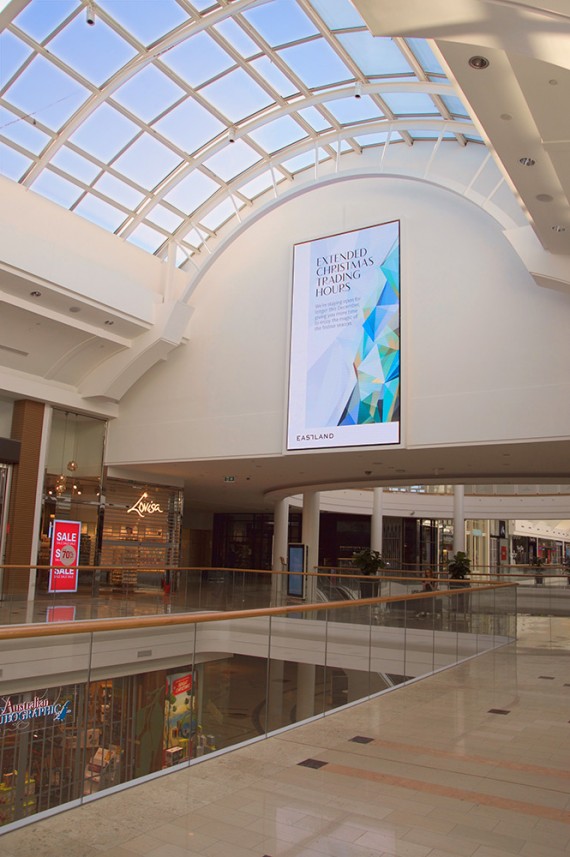 Sometimes accurate colour rendering is more important than either brightness or pixel pitch. It’s worth noting that LED, although improving, may not always be able to match the precise Pantone of your trademarked logo. If this is of crucial importance to your screen’s utility then let that be high on your list of demands when you go shopping.

As a side note (and by way of full disclosure here): my company represents a brand of LED screen which is playing the pixel-pitch game of one-upmanship and I must confess that the ultra-fine pixel pitch LED panels are frighteningly expensive. We do have clients happy to stump up the cash in order to impress their clients — and, of course, we’re happy to assist them in that — but those bragging rights are soon eroded with the march of technology’s incessant improvement.

To summarise and give you the ‘take homes’: LED, with the improvements in the technology is increasingly the answer to indoor and outdoor display needs. LED is flexible (it can adhere to just about any screen ratio or size, and can flex around pillars or take unusual shapes), it’s bright, it can have a superior viewing angle performance and it’s seamless (compared to LCD panels). They’re the ‘pros’. In the ‘cons’ column: LED is not so suitable for smaller formats, the colour rendering isn’t as accurate as LCD and it can get scarily expensive if you’re chasing ultra-low pixel pitch.

Write yourself a list of priorities as to what matters most to your business in a display and talk to your consultant or integrator about the options. ⎨

Chris Gauci is happy to hear about your signboard conundrums. Reach him via the Corporate Initiatives
website www.ciasia.com.au or at
chris.gauci@ciasia.com.au