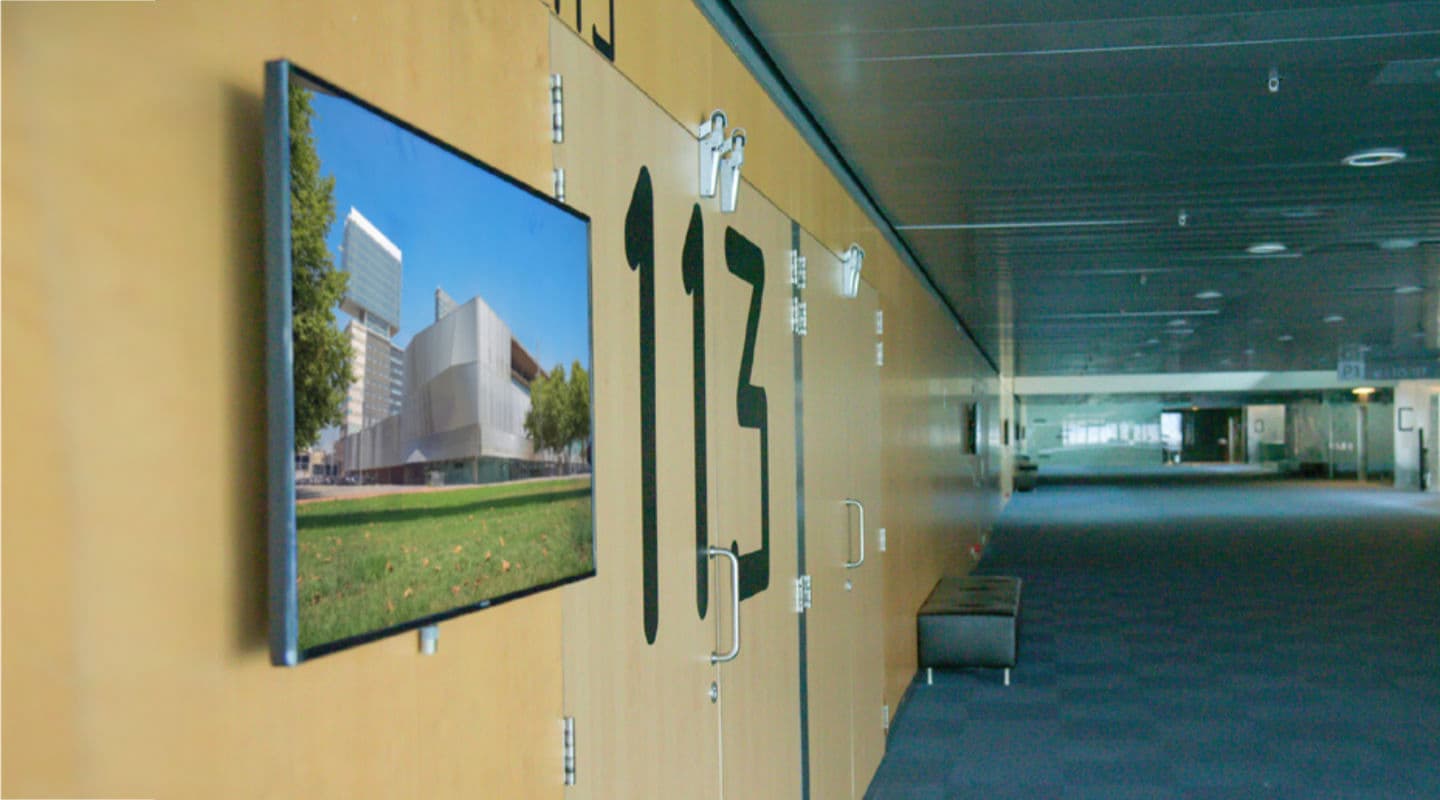 SpinetiX throughout the venue allows distributed, consistent messaging for a variety of venue organisers at this cosmopolitan destination

The Barcelona International Convention Center (CCIB) is the centrepiece of one of the city’s newest high-tech and business districts. Located by the Mediterranean coast, the Center consists of two buildings of great architectural value: the Convention Center building, designed by Josep Lluís Mateo and the Forum Auditorium, designed by Herzog & de Meuron.

With the 3000-seat auditorium and a surface area of 100,000 m2 that can be distributed across 46 halls and rooms, the CCIB hosts conventions, congresses, fairs, and shows on an international scale and since its opening, it has welcomed more than 6 million delegates. CCIB is itself part of Fira de Barcelona, which forms the second largest trade fair and exhibition centre in Europe.

With its venue’s modern architecture, unique setting, and high-tech offer, CCIB is known for offering first-class services that can fulfil the requirements of any kind of event. Digital signage is no exception, and the SpinetiX Complete Digital Signage Solution forms a key element of the Convention Center’s service offer to event organisers.

Elementi digital signage software is used to create and configure content, as well as schedule and distribute it from a centralised spot to the multiple screen locations across the venue and office spaces. Content distribution is managed by CCIB’s own IT department.

The Elementi software provides the needed flexibility to respond to custom requests from event organisers. More often than not, event organisers have their own ideas about screen content and provide the raw materials to the Center’s IT department. In turn, IT uses Elementi to distribute the images, videos and other content provided by the customer to fit perfectly across up to 50 different locations with different display sizes. The same centralised spot with Elementi installed is used to create and publish marketing and internal comms content to the Center’s office spaces.

SpinetiX HMP digital signage players installed on-site ensure reliable distribution across the CCIB venues and offices. First deployed in 2014, the fleet of HMP200 now numbers 50 players – each installed behind a 43” to 45” display.

A convention centre is like an island, bringing people from all around the globe together to a single local spot. As such, CCIB does a lot in popularising its home city abroad to the more than 6 million delegates that the centre has hosted so far. Digital displays throughout the venue and offices are often reserved for information about the area and the city intended for both event organisers and delegates.

In addition, the Convention Center creates local jobs and stimulates the local economy by generating business for the hotels and shops around. Digital Signage lies at the core of the Convention Centre’s vision to provide clear messaging about its contribution to the local community and its socially responsible status as an organisation. Large outdoor display installations aimed at local passers-by are only part of that vision for the future expansion of the digital signage system at the centre.

The open-source nature of the SpinetiX solution ensures that it brings potential for integration with third-party technologies. In the example of CCIB, the Convention Center uses the digital signage installation as a supporting system to the emergency alert installation. This ensures that all screens will be turned on and display the desired visual message indicating the emergency type and nearest exit. The system is deployed rapidly and gives a user-friendly face to the already existing emergency alarm system.