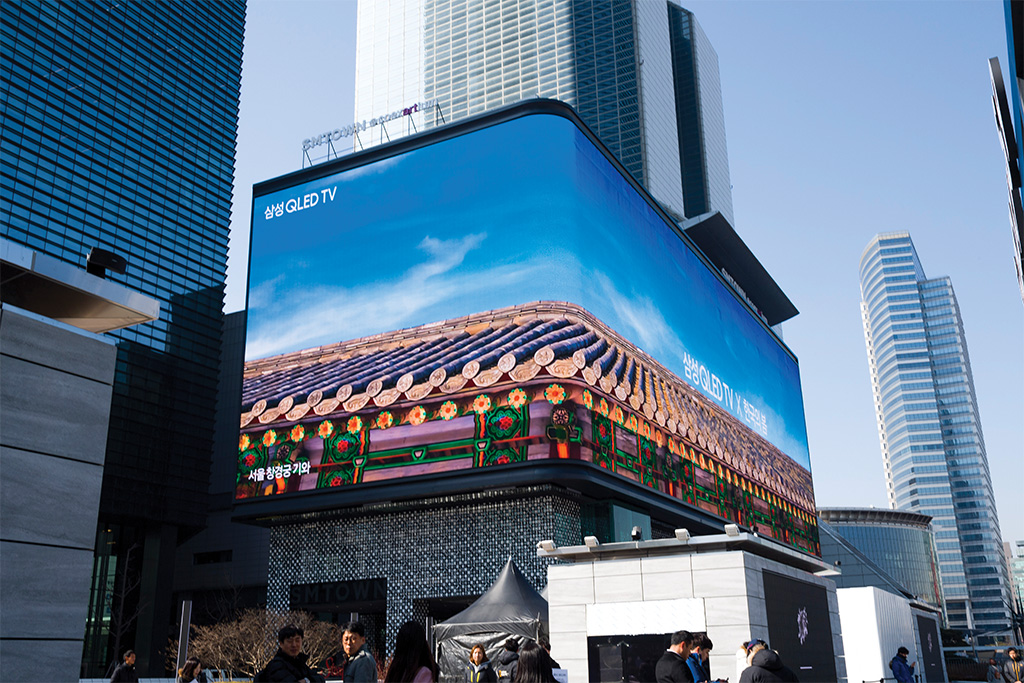 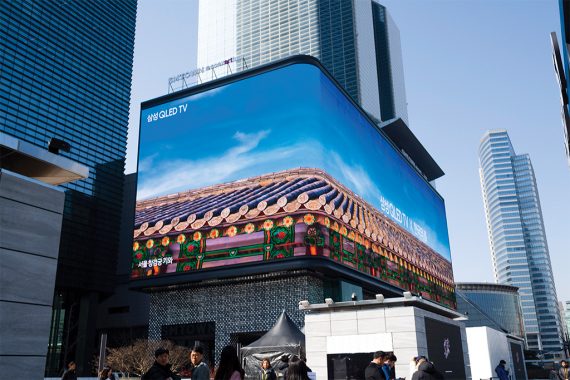 Times Square in Manhattan, New York, is one of the iconic scenes of the sleepless city, filled with glamorous advertisements that draw 20 million tourists every year. A similar sight is unfolding in the centre of Korea’s capital city of Seoul, with the COEX (convention, exhibition, and shopping complex) and World Trade Center area in the city’s business district of Gangnam-gu, designated as Korea’s first ‘free outdoor advertisement zone’.

The LED Signage took seven months to install and is four times the size of a basketball court with a total surface area of 1620sqm. This was made possible by connecting two LED displays together by a curved edge. The scale of the curved display is truly breathtaking when seen upfront, with the screen demonstrating vivid colour representation and clarity even in the brightest sunlight.

Sungwook Yoon, with Samsung Electronics’ Building Solution Group, led the installation, and made the bold decision to run the screen around the corner of the building: “This new display can be used to show one content item, or separately to show different content. This flexibility of use enables more effective ways to deliver immersive content.” Specifically, when two sides of two displays meet in a perpendicular configuration, the content is likely to be distorted. But, if the two displays are connected by the curved display, content can be represented without any distortion. This is a key strength of Samsung’s new Smart LED Signage.

The signage uses some 31,000 LED display modules and is a remarkable 10mm pixel pitch (super fine for a huge outdoor display such as this). The display is rated up to 100,000 hours of use.

Samsung Electronics will continue its involvement in Korea’s free outdoor advertisement zone project with its Smart LED Signage for the next 10 years. The project aims to help raise the brand value of Seoul through development and promotion of the city as a ‘global digital media landmark’. The Smart LED Signage will help bolster the local economy and help the city gain competitiveness with an exciting new tourist attraction as its next landmark.