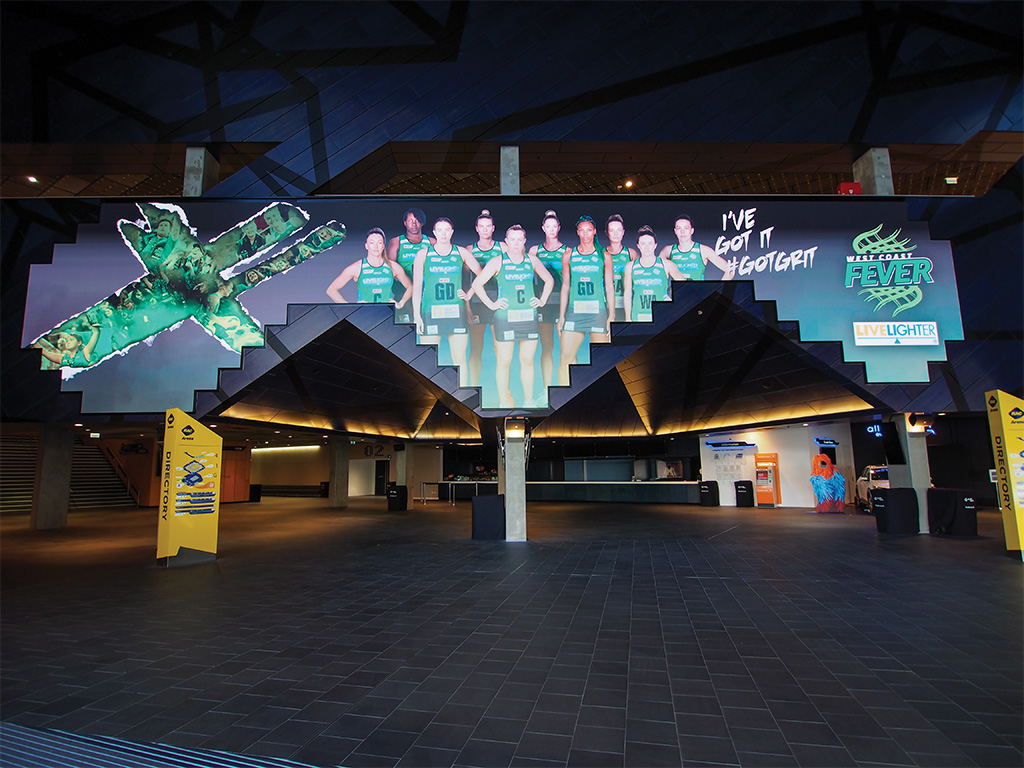 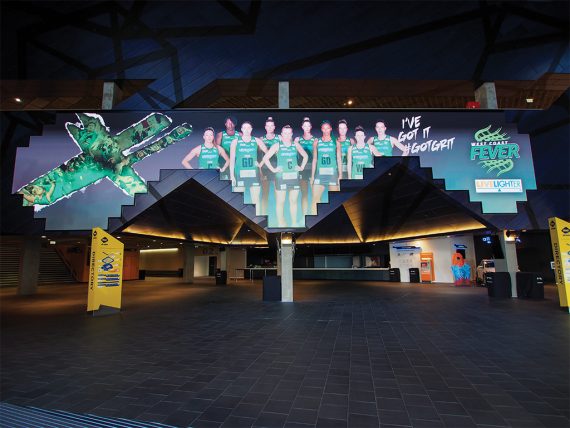 Making a grand entrance has always been a high priority for the RAC Arena in Perth.

Readers may recall that back in 2012 the arena launched with an extraordinary, multi-faceted digital signage feature in its foyer, comprising scores of LCD panels. But after that installation had reached its use-by date, management decided it would leverage the versatility and visual impact of large-scale LED to totally reboot its foyer signage.

The replacement LED feature would be designed to hug the architecture of the foyer entrance arches. The RAC Arena team put the job out to tender, with Perth-based integrator, Focus AV, awarded the project.

“We bid on the project after consulting with Aurora Signage about the right spec for the installation,” recalls Focus AV Director, Alan Bird. “Aurora really came to the party with its superior on-site warranty and keen pricing. I think that really got us over the line.”

The 15,500-cap venue is a thoroughbred sports and concert arena attracting big acts such as Michael Bublé, Fleetwood Mac and more, while the Perth Wildcats basketball team and the Westcoast Fever netball club are also key tenants.

The new LED feature is an instant smash hit. Perhaps not as experimental as the previous pendant signage feature, the LED wall is already proving to be more versatile and powerful in reinforcing the RAC Arena’s marketing messaging. The messaging includes upcoming events and supporting the venue’s sponsors. The position of the display ensures all patrons are exposed to the content.