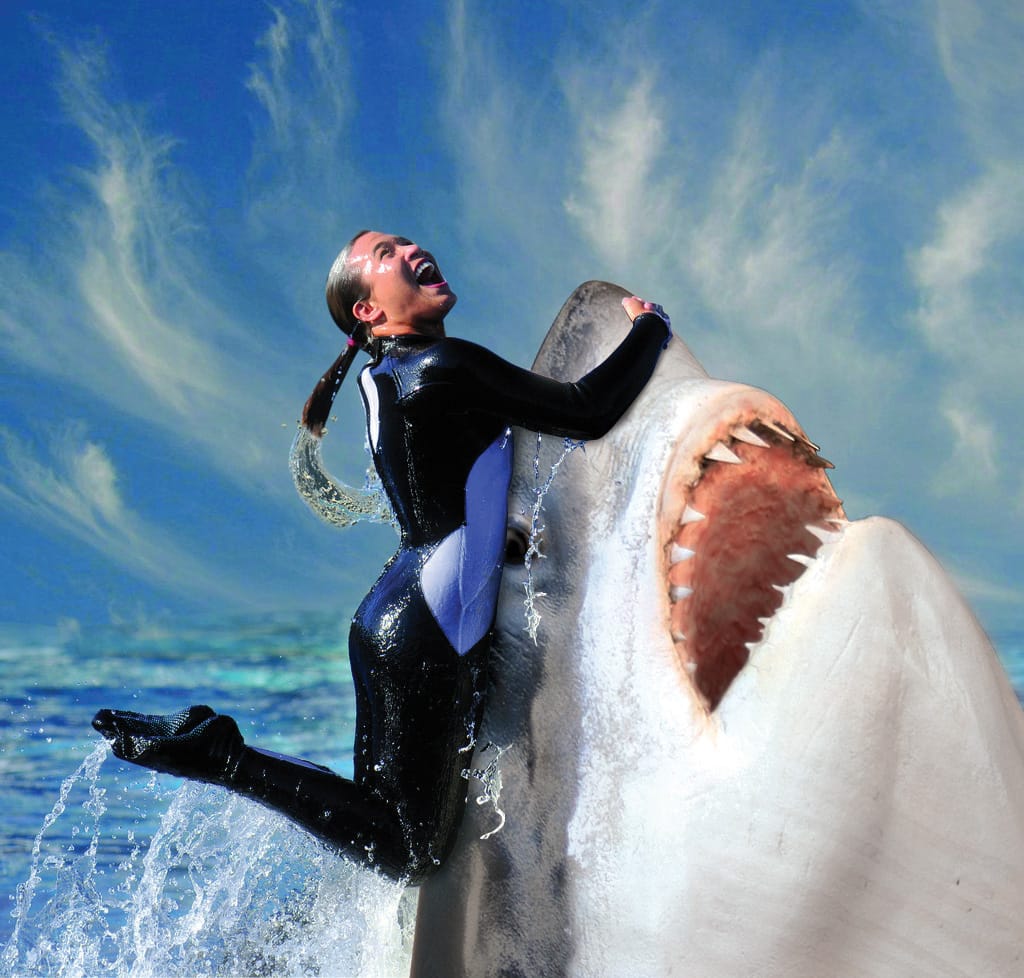 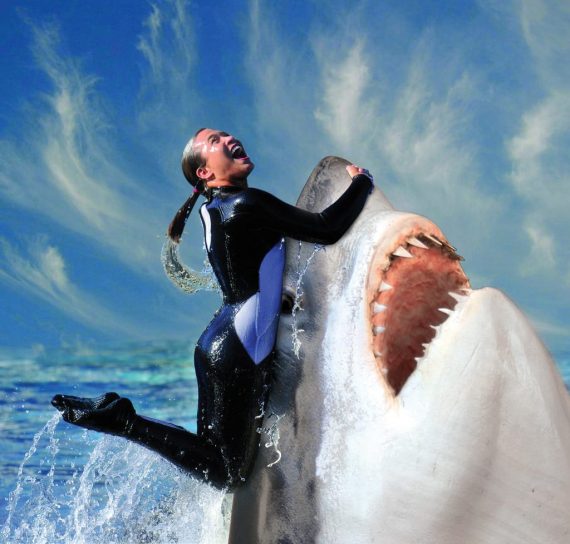 As the old saying goes: ‘people aren’t stupid, y’know’. Well, okay, there are a few who have an unfortunate number of dead pixels between their ears. Oh, all right, given we have seven billion folks on the planet, then the small percentage of genuine eejits still represents a fairly large amount of the populace. So yes, some people are what you might call stupid —not too bright.

Which prompts the question: just how much effort do the rest of us have to make to ensure these intellectually challenged members of society don’t do anything silly?

You’re not supposed to let the truth get in the way of a good story so for goodness sake don’t Google this, but did someone really set their RV motorhome on cruise control and leave the driver’s seat to go make a cup of tea? Because if it’s true, then there is every possibility that somebody who has ever sat in a virtual shark cage recreated by a zillion screens, surrounded by hundreds of virtual sharks — and obviously didn’t get chomped—might come to the not so obvious conclusion that it’s a perfectly safe thing to do in the real ocean surrounded by real sharks and real, plump, and slightly slow, fur seals, while floating in a cloud of real offal waste dumped by the nearest, real abattoir. That sneaky digital signage in the simulator—Sharks-R-Not-Us repellent body spray will keep you inedible underwater for up to 24 hours — just might have ticked all the stupid boxes.

How many, ‘Don’t do this at home, folks’ signs do we need?

A part of the problem is how virtual experiences give you that rush, that excitement, while the participant is always absolutely safe. It’s similar to how we’re being desensitised to violence by TV shows like Midsomer Murders. I’ll never be able to eat cheese again after that episode where the wheel of Wensleydale crushed that poor bloke [cue gratuitous Wallace & Gromit reference]. We’re growing immune to the genuine, lethal dangers of the deep ocean, the Amazon jungle, the Arctic icecap, the slopes of Everest, the lunchroom at Parliament House when it’s Pauline’s turn to cook the fish and chips … the list is endless, thanks to virtual realities.

Deep-fried concepts are the worst.

GET YOUR ASS TO MARS

To be fair, maybe there’s an upside to this cyber-induced sense of immortality? Good ol’ Arnie Schwarzenegger and Total Recall might have been onto something. Think of all the virtual experiences that might be beneficial without anyone getting eaten afterwards. Sneak out the smartphone, get some office footage, and you could whip up a virtual situation where you instruct your unsympathetic boss to shove his job up his NASDAQ — the CIA does that kind of stuff all the time.

If you’re an AFL fan, it shouldn’t be hard to cobble together a scenario of telling Barry Hall he’s as ugly as a hat full of bumholes (an odd metaphor, I’ve always thought) then you get to punch him into the first row of spectators.

What about conquering phobias? Here’s a good one … you can get virtually drunk during a virtual holiday in the Northern Territory, and you can decide you can swim across a virtual croc-infested river and actually reach the other side without becoming the reptilian version of takeaway food or ‘I’ll eat that later’ road kill.

Don’t panic, I’ve figured it out. Because we’ve got some precedents. Remember those packets of airline peanuts that had the bleedin’ obvious caveat, ‘May Contain Traces of Nuts’? We can use that approach.

So before anybody is allowed to virtually experience a tank filled with sharks, they should be made to read a clear warning, ‘Caution, the real ocean may contain traces of real sharks that will consider you much more accessible than the average fur seal’.  Or something like, ‘Caution, most rivers in the Northern Territory — or any pond north of Geelong really — may contain traces of real crocodiles that find drunken, thrashing swimming as appetising’.

It’s all about alerting folks to the perceived safety of virtual experiences against the dangers of the real thing. Making people aware that virtual reality isn’t real at all. It’s… well, virtual.

We could take things a bit further. Among all this technology to go a bit ‘Hollywood old school’ — and to return to our friends the sharks for a minute — wouldn’t the virtual experience be improved no end with a few gallons of seawater sloshed around, perhaps some severed limbs scattered around the floor, some old packets of smelly bait stuffed behind the lounge chairs?

But bugger it, isn’t this getting too hard just to protect eejits? Damn it, it’d be easier and cheaper to just chuck our virtual adventurers off the end of the St Kilda Pier and follow them with a bucketful of Chum.

That should get the ol’ adventure juices flowing.

Mug Punter’s curmudgeonly carping does not necessarily reflect the views of DigitalSignage. If you have a differing view contact the editor Chris Holder on chris@dsmag.com.au